How to Claim Bitcoin Cash (BCH)

On August 1, 2017, a hard fork happened on Bitcoin’s blockchain, and as a result, Bitcoin Cash was born.

A hard fork occurs when the rules for a given cryptocurrency are changed, but a significant portion of its users don’t agree with them. In other words, some users stick to the old rules while others agree to play by the new ones. When that happens, a new coin is created from the original cryptocurrency.

In this case, Bitcoin Cash was forked from Bitcoin because several developers wanted to change rules that, in their opinion, would allow for transactions to be processed quicker and cheaper. Indeed, Bitcoin’s popularity at the time was such that it would cost anywhere from $10 to $55 USD to make a transaction and it could take hours, if not days, for it to be processed.

What does the hard fork mean to you?

Any transaction that occurred on Bitcoin’s blockchain before August 1, 2017, also exists on Bitcoin Cash’s blockchain. In other words, if you owned Bitcoins before August 1, 2017, you currently own Bitcoin Cash at a 1:1 ratio. This is true even if you spent the Bitcoins after the fork date; you only needed to have them in your possession before that. This tutorial will show you how to claim your BCH. It assumes you possess basic knowledge about cryptocurrencies since I cannot cover everything you need to know.

You could lose your BCH and even your BTC if you make a mistake. If you are unwilling to take that risk, I offer a service where I claim the BCH and other forked coins for which you are eligible to. I charge a 10% fee on the claimed coins. Send an email to contact@pascal-bergeron.com if you are interested.

How you will claim your Bitcoin Cash (Overview)

You will be able to claim your BCH by exporting the private keys of your BTC wallet and importing them into the Bitcoin Cash wallet. Beforehand, you will send your Bitcoins to a new wallet to protect them from theft. You should also claim the BCH on a different device from the one you use to handle your BTC.

Once you have imported the private keys into your Bitcoin Cash wallet, you will have access to your BCH. Even if you intend to keep them, I highly recommend that you transfer your BCH to a new wallet. If you wish to trade them for a fiat currency or another cryptocurrency, you will need to send your BCH to an exchange. I suggest Bitfinex.

How to claim your Bitcoin Cash (Full steps)

Be sure to send your Bitcoins to a completely different wallet and not merely a different address within the same wallet. The exact procedure varies according to the software you use, but normally, your new wallet should have a separate recovery phrase from your old one.

Moreover, you should claim your BCH on a different device from the one that you use to handle your BTC. This will further safeguard your Bitcoins.

Export the private keys of your BTC wallet

The steps to export the private keys of your Bitcoin wallet vary according to the software you use. Generally speaking, your private keys are going to be either one or several alphanumeric strings (such as L5Ch4DAW8CVbi9cNRKtht8L7wxhciggqSrkfFg2anZF8qejyB7x1) or a recovery phrase composed of numerous words (such as fence pepper sister bid doctor two cave chicken list dog abandon butter).

The alphanumeric string and recovery phrase above are fake. They are shown only as an example. If you share your private keys with anyone, they will be able to spend your cryptocurrencies, so tread carefully.

For security reasons, some wallets (like the Ledger and the Trezor) provide you with your private keys only once, and afterwards, it's impossible to see them again. If that's your case and you didn't note them when the wallet asked you to, then you are out of luck. You cannot claim your BCH through this tutorial.

Import the private keys into your BCH wallet

Download the Electron Cash wallet on their official website. Once it is installed, open it. Give a name to your wallet and click on Next. The next steps will depend on whether you are importing a recovery phrase or alphanumeric keys. 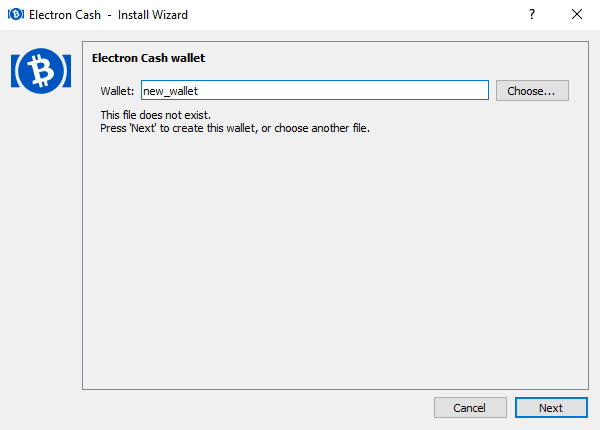 Steps to import a recovery phrase 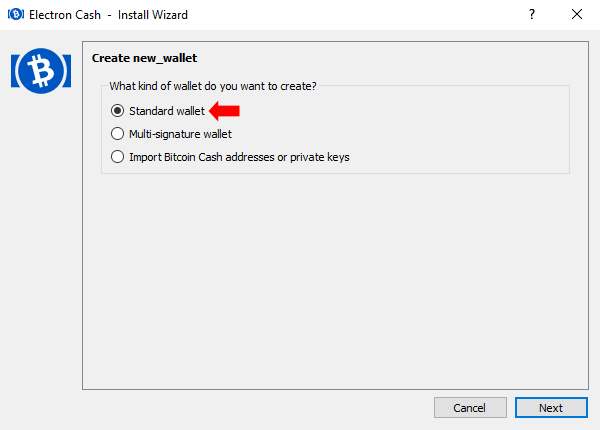 Select I already have a seed and click on Next. 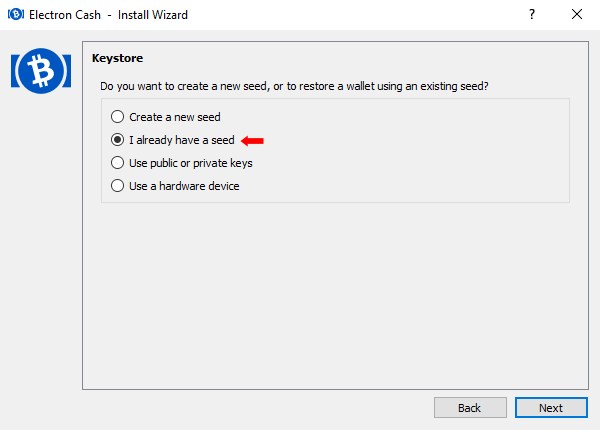 Enter your recovery phrase in the text box and click on Next. If the Next button is grayed out, click on Options and check the Force BIP39 interpretation of this seed box. 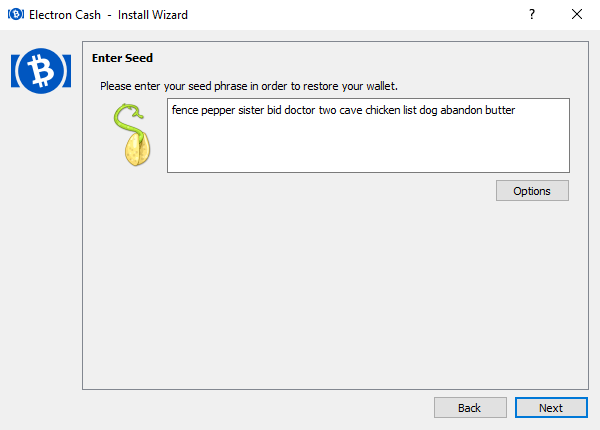 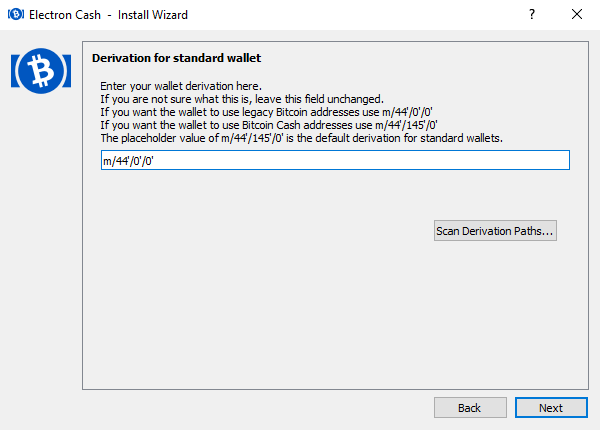 At this point, you should normally see your BCH, although it might take a few minutes for them to appear. If you don’t, it might be because the wallet derivation is incorrect. Recreate your wallet with the m/44'/145'/0' derivation. If that doesn’t work still, click on Scan Derivation Paths… and select the derivation path where transactions were detected.

Select Import Bitcoin Cash addresses or private keys and click on Next. 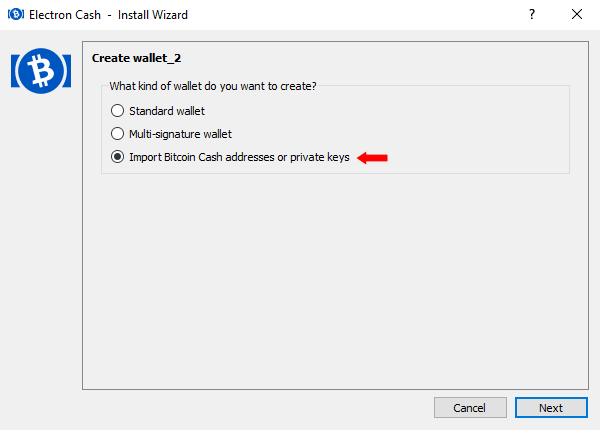 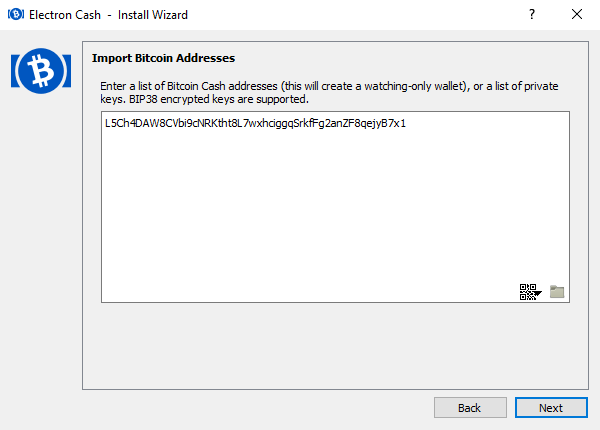 Transfer your BCH out of the old wallet

The final steps will depend on whether you would like to keep your BCH or to trade them for a fiat currency or another cryptocurrency. At this point, you must be able to see your BCH in Electron Cash. If this is not the case, go back in the tutorial and figure out what went wrong. 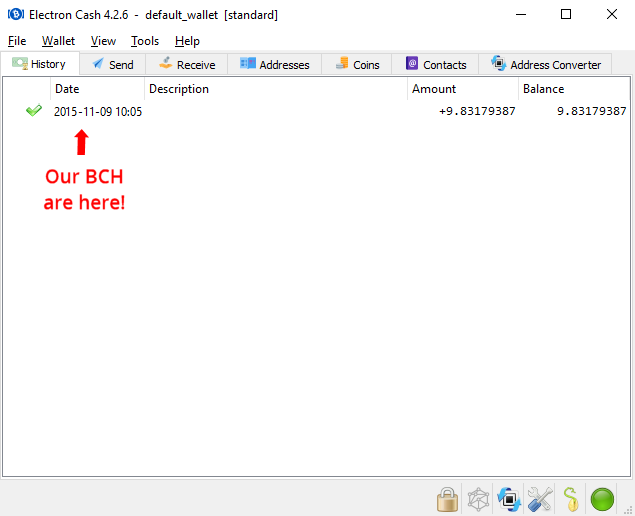 If you want to keep your BCH

Even if you don’t want to trade your BCH, you should transfer them to a new wallet to keep them safe. In Electron Cash’s menu, click on File and on New/Restore. 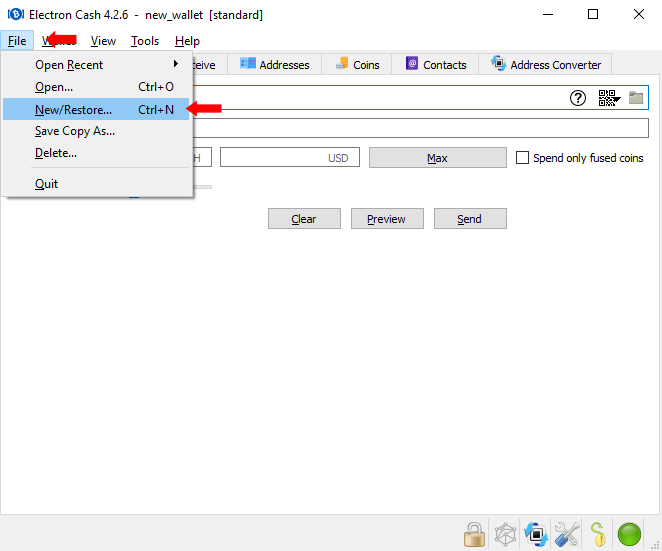 This will open Electron Cash’s Install Wizard. Follow the instructions to create a Standard wallet and Create a new seed. Once this is done, you will now have two wallets: the old one with your BCH, and the new one with no BCH. Transfer the BCH from the old to the new wallet. You can find the deposit address for your new BCH wallet by clicking on the Receive tab. Copy it. 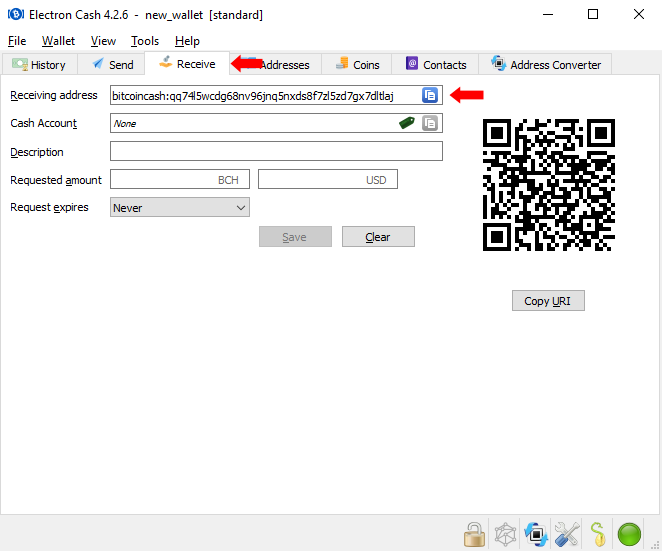 In your old BCH wallet, click on the Send tab. Paste the new BCH address in the Pay to text box, click on the Max button, make sure the thumb of the Fee slider is at least midway through the track and click on the Send button. You will need to enter your wallet’s password to confirm the transaction. 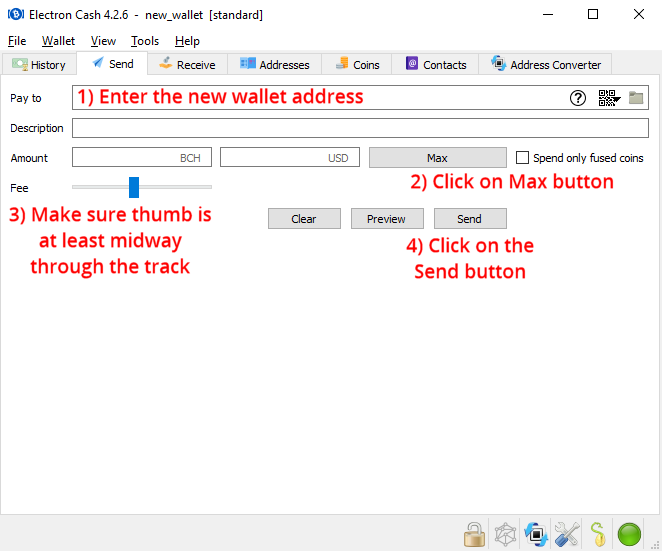 If you want to trade your BCH

First, you need to find an exchange that supports Bitcoin Cash. I recommend Bitfinex. Once you have created an account on their website, you will be able to generate a BCH deposit address.

In Electron Cash, click on the Send tab, copy-paste the BCH deposit address in the Pay to text box, click on the Max button, make sure the thumb of the Fee slider is at least midway through the track and click on the Send button. You will need to enter your wallet’s password to confirm the transaction. 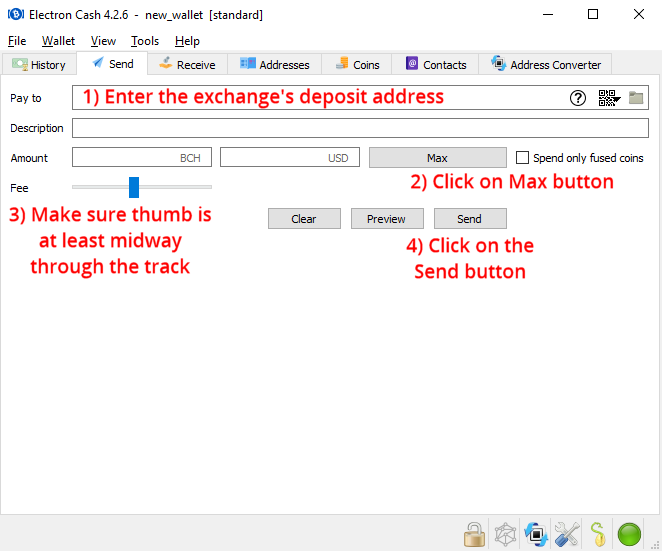 Once the BCH are received on Bitfinex or the exchange of your choice, you can then trade them for a fiat currency or another cryptocurrency. Note that it might take a few hours for the exchange to receive your BCH.